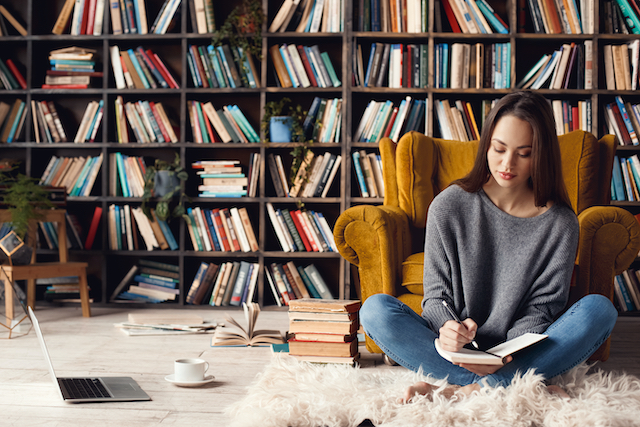 There’s an age-old debate that keeps making the rounds. How often have you heard writers asking one another if they’re a “Plotter or Pantser?”

Some people get defensive of their position, whichever way they land. Plotters feel they have the best method for writing, while Pantsers feel judged by everyone else for “winging it,” even though that’s what works best for them.

But I have a completely different view on this conflict. I think you can actually be both.

I know, it sounds ridiculous. How can you be both a Plotter and a Pantser? That makes no sense!

Let’s break it down first.

What Are “Plotters” and “Pantsers?”

“Plotters” are those who like to completely plot out, and often outline, their novels before they sit down to write the first sentence. They feel there’s no way you can write a cohesive, complete story without planning out what is going to be written first. The idea of starting to write a novel without any plan whatsoever not only terrifies but mystifies them. It seems completely unorganized and maybe even a little reckless!

“Pantsers,” on the other hand, prefer to take that little nugget of a story idea, come up with a great opening scene, then sit down and just start writing as the story comes to them. They let the characters drive the novel and tell the author what will happen next. The thought of planning out what they want to write seems counter-intuitive to the creative process, and they find the idea limiting and constricting. They feel that having it all planned out completely stifles their creativity.

But, personally, I don’t see why you have to be one or the other. I think there’s a compromise to be had. In fact, from my various experiences in writing, editing books, and coaching authors for over 10 years, I feel strongly that you should find a middle ground between the two extreme stances.

How to Be Both a Plotter and a Pantser

You can still be “more of a Pantser” or “more of a Plotter,” but I do think that at least some level of planning before you begin writing can both be helpful and save you a ton of time in the writing process. If you at least plan out your major plot points, it’s my personal opinion that you will hit fewer roadblocks, and you may even prevent that dreaded pitfall called Writers’ Block. Wouldn’t that be nice?

If you’re “more of a Pantser,” rather than feeling like you must write out a complete chapter-by-chapter outline, you could try the Three Act Method. Forget about typing up everything that will happen in each scene. Instead, consider starting by breaking your story idea down into three main acts. State, in very general terms, what will happen in the first third, the second third, and the final third of your story. Let’s see what that looks like in practical terms.

Let’s say you’re writing a detective novel. All you’ve come up with so far is the general idea that your protagonist is a female detective (the only one on an all-male force) and she’s going to investigate the disappearance of a six-year-old girl.

You’re nowhere near ready to sketch out all your characters, let alone decide what happens in every single scene. But you can at least figure out how you want the story to begin, what happens in the middle, and how it ends. For example:

Now that you’ve decided the three main acts of your novel, even if you stopped there, you have a bit more structure than if you flew by the seat of your pants and had absolutely no direction for your story.

But what if you took it one step further? What if you used a plotting method, such as The Hero’s Journey, to sketch out what path your detective will take while searching for the missing girl, what roadblocks she’ll encounter along the way, what conflict will be thrown at her, and how she will eventually find the child?

Here are the twelve basic steps of The Hero’s Journey:

If you can think ahead and use these steps (or something similar) to determine your protagonist’s end game and how they get there, I can almost guarantee you will never even have to deal with Writers’ Block. Sure, you may hit a few small roadblocks here and there, but knowing in advance the direction your protagonist is headed and how they’re going to get there will eliminate so much uncertainty and you’ll spend a lot less time trying to figure out “what happens next.”

This is not to say you must have it completely planned out scene by scene before you start writing. You can still “pants it” and decide what happens as you go, letting your protagonist tell you how he/she wants to get from one step to the next on their journey. But at the very least, you’ll have a “road map” for your story—something to guide you and keep you on track and to help you avoid getting lost altogether.

Think of it like a painting. Some painters prefer to just dip that brush into the paint and start painting on a blank canvas. And that may make for a beautiful finished product. But especially if you’re new to painting, it might be more prudent to first use a pencil to sketch out the basic concept of the painting you have in mind, then paint whatever colors you want to paint inside those faintly traced lines. My guess is, you’d wind up with something complexly beautiful and more put-together and “finished” looking than if you just winged it.

Plotter or Pantser: Why Not Both? 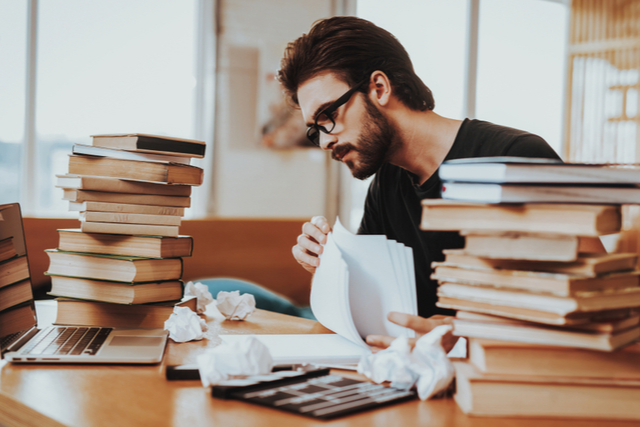 In the end, each author must decide which method works best for them. And if you’ve already written and published several books as a Pantser, then stick with what’s working. But if you’ve struggled in the past, or if you’re a brand new writer who is starting your first book or so, I highly recommend finding a middle ground between free-flow writing and completely planning out the story, scene by scene.

The best way to do that is to plot, not necessarily outline, your novel in advance. Every little bit of advance planning you do for your novel will save you time and stress during the writing process. Not only that, I think you’ll find you wind up with fewer inconsistencies, plot holes, or timeline issues.

What works for one may not work for someone else. But I truly don’t think you can go wrong if you sketch out the basic parameters of your story first, then let your creative mind take over and fill in the rest as you go. And that is how you can be BOTH a Plotter and a Pantser.

Are you prepared to write your novel? Download this free book now:

So you are ready to write your novel. Excellent. But are you prepared? The last thing you want when you sit down to write your first draft is to lose momentum.

This guide helps you work out your narrative arc, plan out your key plot points, flesh out your characters, and begin to build your world.

Have you tried
ProWritingAid  yet? What are you waiting for? It’s the best tool for making sure your copy is strong, clear, and error-free!
Writing